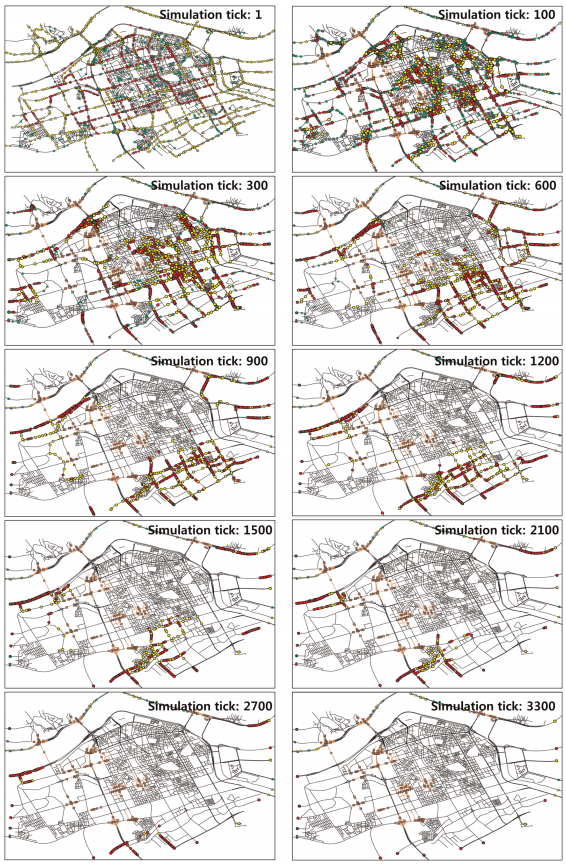 <Figure 1. This result shows how to evacuate vehicles in the Gangnam area of Seoul in any cases of emergency. Over time, the vehicles move through from the center of the city to its outskirts. During the evacuation, there were unwanted bottlenecks in the city center, and this simulation result would strengthen our effort to mitigate this future risk with informed preparations.> 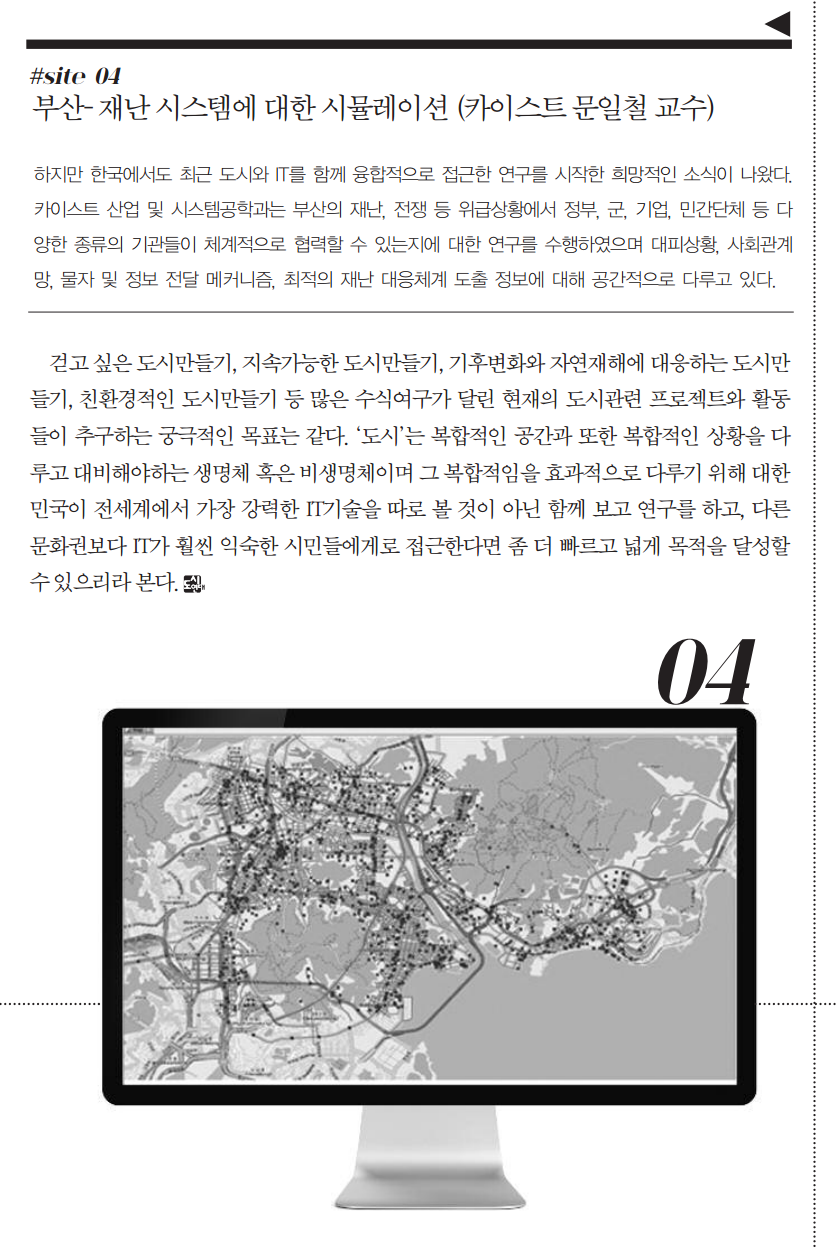 <Figure 2. This work was introduced by a non-government organization, which works on the safety and the sustainability of our society. This suggests that the citizens, rather than public officers, would be more concerned on our societal problems and risks.>